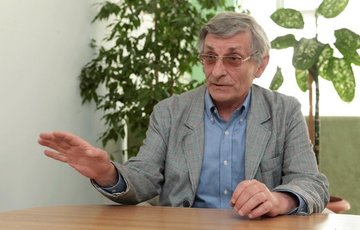 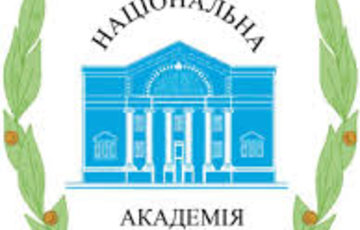 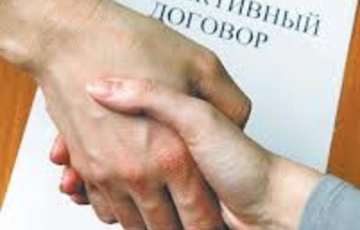 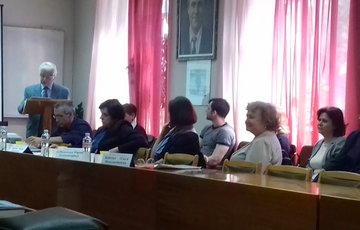 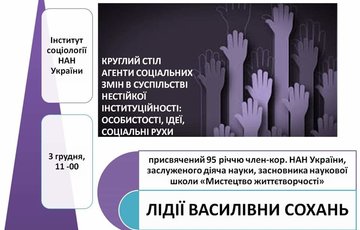 INSTITUTE OF SOCIOLOGY NAS OF UKRAINE

As an separate branch of science the sociology started to develop in Ukraine since 1968 in the Institute of Philosophy of an Academy of Sciences of Ukraine. During the next two decades several sociological departments were created, which formed a base for the establishment of the Institute sociology in November 1990.

Content and character of Institute's scientific research are directed first of all to detection of legitimacies and main tendencies of social development of the Ukrainian society, reconstruction in scientific concepts of the modern Ukrainian society's dynamic image peculiarities, analysis of public conversions, definition of main metrics, forms and consequences of social changes, which are taking place in Ukraine on the junction of millennia.

The important ways of Institute's activity are monitoring of public opinion, the researches of social-political moods and orientations of different strata of the population, social - psychological factors of stabilization and integration of the Ukrainian society. The theoretical-methodological developments of Institute render a great influence on the development of sociological education in Ukraine. The scientists of Institute publish many textbooks and manuals, quick references for the students, government employees, practicing sociologists. 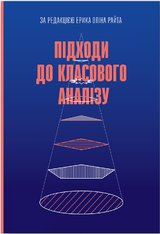 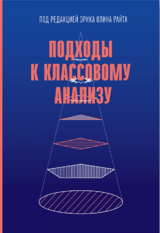 Publications of the Institute of Sociology of the NAS of Ukraine